Why Blogging Is A Great Choice

While the first ever blog post was published back in 1994 by freelance journalist Justin Hall from the United States of America, the first blogging platform actually appeared four years later, and it was named Open Diary. However, the most popular blogging platform nowadays is WordPress, and it appeared much later, in 2005. This was the moment when blogging started becoming a lot more popular as well.

The internet is a big place and you can find countless of tutorials about creating and running a blog, making the right choice when it comes to picking a content management system, arranging the right layout and things to write and talk about that are going to attract more readers and increase your audience.

Anyone could give you an advice about the best ways to do this, which could be all summed up in just a few words that go something like this: find the niche you are most passionate about and then write about it. Sounds simple enough, right?
Well, nowadays everyone could have a blog, thanks to the popular blogging content management system called WordPress. Anyone can have an opinion and share it with the world, talk about their favorite scene in their favorite movie, or even criticize a controversial legislation. And these types of writing are incredibly popular too!

If you’re feeling modern and follow the newest trend, you could also set up a nice background in front of a camera and actually talk about the aforementioned things and then post them online. This is called vlogging, which is a play on the words ‘video’ and ‘blog’ and another popular way to express your opinions and feelings to a large audience.

And if you’re still not convinced, perhaps the numbers will do the trick. Plenty of bloggers actually earn part of their income by writing on their websites. A great example of a successful business like this is HuffPost that makes up to $14,000,000 per month. If you’re not sure whether your niche is that popular, you can always try writing on Medium and see how people are going to respond, then you can start your blog.

So, if you’re more interested in blogging and the interesting details behind it and what you should do, check out the infographic below. 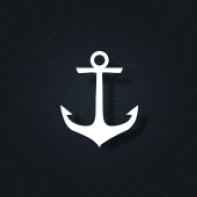