The Benefits Along with Drawbacks of a Psychometric Test

HomeAll PostsBlogThe Benefits Along with Drawbacks of a...

In the domain of recruitment, the benefits of a psychometric assessment have been a point of debate for a long time. In fact, the recruiters are bound to differ on the strengths and weaknesses. Though some of them might have gone on to give a nod of approval for the same and find out to be a quality testing method, others have a different view when it comes to this form of testing. When these tests were developed in the early part of this century mostly in educational psychology they were used. But over a period of time, these tests have been employed in the educational industry and are believed to be having a positive effect.

The Reasons Why Employees Look Up to the Psychometric Test

The main reason why employees resort to the use of psychometric tests is to figure out the personality and cultural fitment of the employees. It enables the companies to be selecting candidates who are suitable for a given job role.  Even they should be part of the company for an extended period of time. In fact, it poses to be one of the major challenges for the recruiters when it comes to the assessment of the domain skills along with personality trends and traits. There are no questions that arise as far as the benefits of such tests evolve not only in recruitment but even on the training and development front.

During the traditional process of recruitment, it goes on to tap on the inherent skills of the candidate. When you are filling a candidate for a given job role it has to align with the personality metrics of the company and align with the competency framework of the company. During the recruitment process, it does not make sense to rely on your gut feeling. A recruiter needs to have reliable insights or be it objective metrics to select a candidate.

It could be one of the major reasons why a psychometric test has gone on to gain reasonable importance in the recruitment process. The process of recruitment in any company is to identify the future employees of the organization. It is necessary that you take stock of their positives and negatives where you can apply them in suitable roles. A fair opinion is that an employee would stay in a company for a longer period of time if their values align with that of the organization. Such an analysis of the alignment of values is one of the basics of psychometric tests.

What Information Does a Psychometric Test Provide?

The nature of such tests is that it taps on to the motivation and mental abilities of a person. Recruiters can take note of the fact that only the fitting employees join the company whereby they administer such tests to them. They work out to be important tools at various levels of employee assessment. It goes on to judge their growth along with development once they become a part of the organization.

Such a test could evaluate the candidate and measure the human characteristics in an objective way. With the help of the above tools, a fair indication of the actual performance of the candidate during the selection and recruitment process becomes an easy task. A major feature of such tests is that it could predict the candidates and enables a recruiter to deploy them in selected roles. The best part is that the companies use this test during the starting stages of the recruitment process so as to gain a holistic chance of the success of the candidate in any given job role.

Does the Psychometric Test Turn Out to Be Effective?

Quite often the nature of a psychometric test has come under the radar of people.  A reason for the same is whether a candidate is able to answer in a social manner or provide answers that are different from their outlook. The practice could mask the personality of the candidate. Because of anxiety, the candidate might end up providing a misleading answer to the question. But advancements in ML have gone on to provide a viable response as far as the correct answers are concerned.

The Benefits of a Psychometric Test

First and foremost the major benefit of a psychometric test is to have an in-depth understanding of the candidate. Further, it points to a reduced time of hire and the greater possibility of the right fit candidate. A major benefit of this test is to go beyond what is mentioned in the CV of a candidate. It provides a viable measure to figure out the positives and negatives of every candidate. For the recruiter, it enables to the formulation of a career trajectory within the company to formulate the right form of fitment strategy. For example, if the candidate is shy or introverted and possesses the necessary skills for the job role then he should be absorbed.

In addition, the second benefit it is cost-effective with their implementation is easy. When it takes several months to be knowing about a person a quality psychometric test might provide the result within a few hours. The best part is that it is going to reduce the possibility of bad hires whereby it goes on to provide a better ROI. While a quality candidate might turn out to be an asset for an organization, a bad hire could have an impact on the organization and go on to have an impact on the morale or productivity of the other employees.

Thirdly the test makes the process of recruitment unbiased and without any loopholes. Based on the test you end up checking the parameters of a candidate and goes on to provide a transparent view of the candidates.  The moment results are in front of the recruiters they are going to evaluate the concerns further by taking tests. Such a move works out to be useful if you need to evaluate the candidates in specific areas. 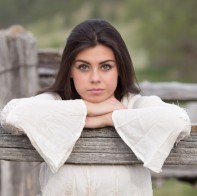